BEIRUT, June 13 (Xinhua) -- Clashes between the Lebanese army and protesters in Lebanese Tripoli's demonstrations on Saturday led to the injury of 20 people including four army members.

A security source told Xinhua that clashes erupted when a group of protesters in the northern city of Tripoli intercepted big trucks carrying food items in an attempt to prevent them from going to Syria. 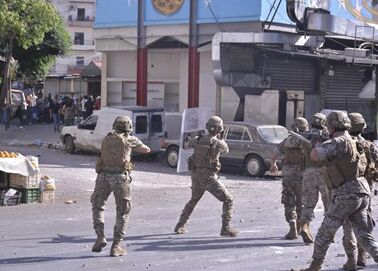 The source said that protesters expressed their anger to see food being transported to Syria while the Lebanese are in great need for these products amid current economic crisis and the steep hike in prices.

Protesters threw stones at army members who prevented them from stopping trucks by using tear gas to disperse them which led to the violent clashes.

Nationwide demonstrations resumed on Friday evening in Lebanon for the second consecutive day in protest against the dire living conditions in the country.